Joanna Kamenarska was born in Sofia, Bulgaria. She first studied with Prof. Josif Radionov in Sofia and continued her studies in 1995 with Prof. Ruggiero Ricci and Prof. Igor Ozim at the Mozarteum in Salzburg. She has been awarded numerous prizes at international competitions since the age of ten, including the third prize of the International Mozart Competition Salzburg in January, 2002. She was also semi-finalist in the Queen Elizabeth International Competition and the Sibelius Competition, 2005.

Joanna Kamenarska started her career in a paradoxical way – on the one side she was financially challenged and had to play underpaid dinner concerts for tourists at restaurants in order to sustain her musical studies in Salzburg, on the other side has she always been giving concerts on a regular basis across Europe, Asia and South America. She has performed in Concertgebouw Amsterdam, Schauspielhaus Berlin, Mozarteum Grosser Saal, Grosse Aula of the University of Salzburg, Brucknerhaus Linz, Gasteig Munich, Tonhalle Zurich, Schwetzingen Theater, Theater an der Wien, Liederhalle Stuttgart, Cadogan Hall London, Bulgaria Hall Sofia, Elbphilharmonie Hamburg among others. She has been the featured soloist with many orchestras including the Berlin Symphony Orchestra, Berlin Radio Orchestra, Nuremberg Symphony, Mozarteum Orchestra of Salzburg, Mozart Chamber Orchestra, Salzburg Soloists, Chamber Orchestra CIS, L´Orchestre Royal de Chambre de Wallonie, Philharmonisches Staatsorchester Hamburg, Hamburg Camerata, Hamburger Symphoniker, Polen Chamber Philharmonic, Philharmonic Orchestra Györ, Kodaly Philharmonic Debrecen, TOHO Symphony orchestra, Japan, as well as symphony orchestras in her country in Sofia, Rousse, Varna and many others. She has collaborated with Paul Goodwin, Dennis Russell-Davies, Ljubka Biaggioni and Pierre Boulez.

As a versatile chamber violinist, violist and Baroque violinist, she has met a colorful bunch of musical partners on stage ranging from world known prominent musicians to autodidacts and bohemians which she likes to jam with during her free time. She has performed with artists like Simone Young, Karl Leister, Alois Brandhofer, Hermann Baumann, Radovan Vlatkovic, Michael Martin Kofler, Benjamin Schmid, Lars-Anders Tomter, Quirine Viersen, Vladimir Mendelssohn, Sofia-Quartett, Voces-Quartett, Joachim Held, Reinhard Goebel, Emma KIrkby, Roland Greutter, Sofia Quartett.. From 2004–2007, she was Primaria of the Mozart Quartet Salzburg. Since then she has been the first violin of Faust Quartett Basel on a project basis. She has been collaborating for many years with the well known Swedish pianist and her Ex husband Per Rundberg. They encompass a vast repertoire, which is extending from music of the 15. century up to Avantgarde and new music. She also works with the pianists Irina Georgieva, Fumiko Shiraga and Moises Fernandes Via among others. Joanna has been broadcasted by the German, Austrian, Swedish and Bulgarian Radio and Television and has recorded two CD´s – „INITIO” for the Label Gega New with Irina Georgieva, Works by Fauré, Prokofieff, WIeniawski, 2014 and „Landscapes“ for URTEXT CLASSICS Boston with Moisés Fernandes Via, works by Schubert and Rautavaara, recorded and produced in Tanglewood, 2018.

Joanna Kamenarska was contracted as concertmaster with the NDR Symphony Orchestra of Hamburg for the 2007/2008 season. During this time, she won the audition for the second Concertmaster position of Philharmonisches Staatsorchester Hamburg. She has been regularly invited as a guest concertmaster with the following orchestras: WDR Sinfonieorchester Köln, Camerata Salzburg, Hamburger Camerata, Stuttgarter Kammerorchester, Deutsche Oper Berlin, Staatstheater Kassel.

Recently Joanna dedicates her time also to pedagogical activities. She has been giving masterclasses in Europe and Asia. In December 2017 she won an audition at the Hochschule für Musik Hamburg and got a teaching position „Lecturer of orchestra studies“. 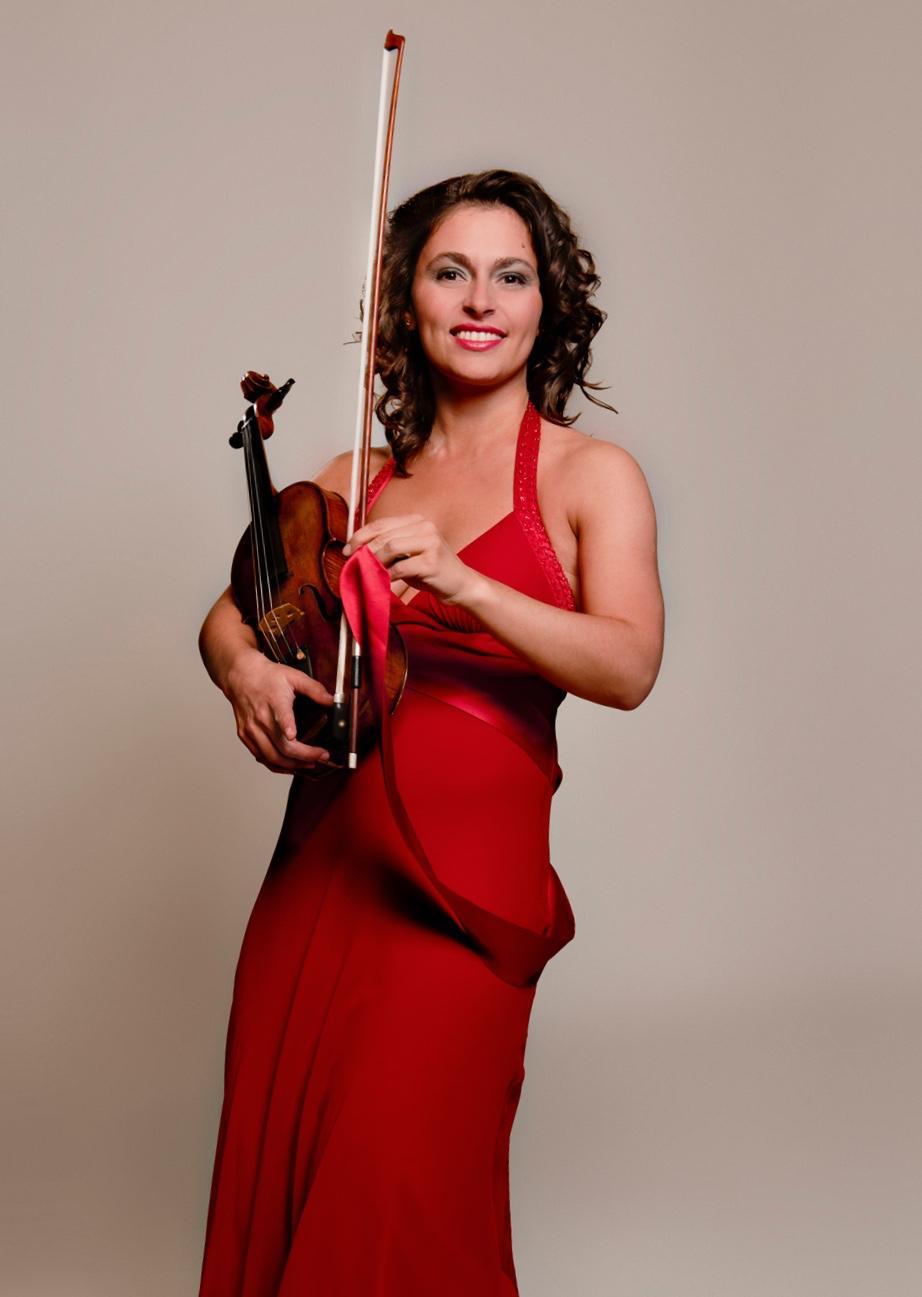