Annika Treutler debuted in 2010 together with the German Symphony Orchestra Berlin in the Berliner Philharmonic. Since then, she has performed solo with famed ensembles, including the Orchestre Symphonique de Montréal, the Belgrade Philharmonic Orchestra, the Gürzenich Orchestra Cologne, and the Concert House Orchestra Berlin. The pianist has received numerous prizes, including at the International Piano Competition Salt Lake City, the International Music Competition in Montreal, and the German Music Competition. In October 2020, she garnered the Opus Classic Prize in the category “Concert Recording of the Year” for her recording of Viktor Ullmann’s Piano Concert with the Radio Symphony Orchestra Berlin. In the project “Rhapsody in School”, she is engaged as an ambassador of music communication and is the initiator and Artistic Director of the project #respondinmusic, which is devoted to the culture of memory of World War Two. Since October 2018, Annika Treutler has taught at the Hans Eisler Music Academy in Berlin. 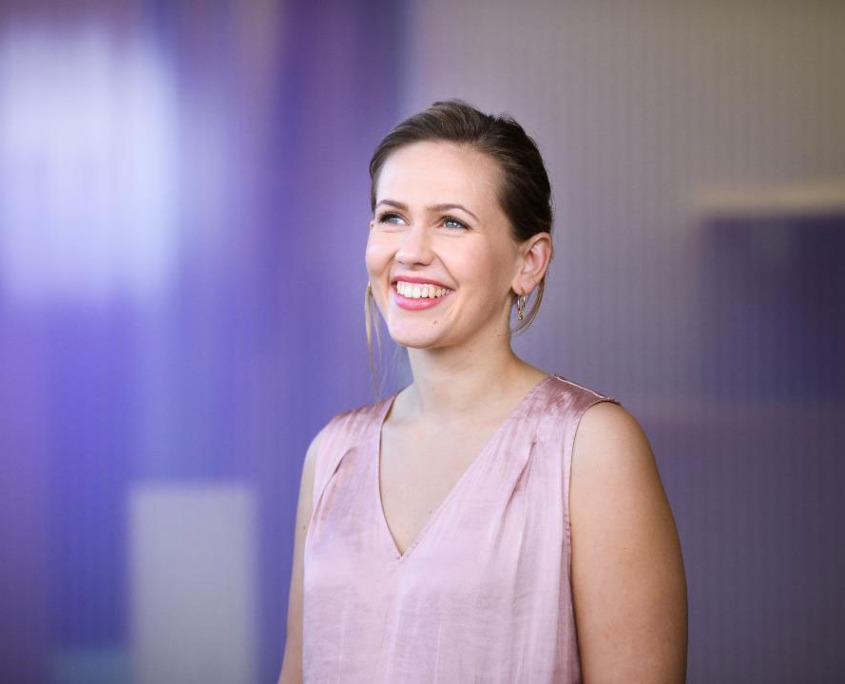