Mari Kodama’s profoundly nuanced yet natural musicality and her unique ability to unite tonal expressivity with a clear sense of form have made her a leading international pianist. An authoritative Beethoven interpreter, Mari Kodama earns consistent praise for her virtuosity across a broad range of repertoire that includes orchestral, chamber, and solo works by composers of all eras.

Mari Kodama will highlight her mastery of such diverse repertoire during her 2018/2019 season as she presents various concerts around the world. In the fall, she will perform John Adams’ Hallelujah Junction for two pianos at the Festival Éclats in La Scala Paris, together with her sister Momo Kodama, and Beethoven’s Piano Concerto No. 4 with the Orchestre La Sinfonia de Lanaudière and Stéphane Laforest in Canada. At the end of the year she will be on a Japanese duo tour with her sister Momo Kodama, followed by two recitals in January 2019 with works by Adams, Eötvös, Stravinsky, Ravel, Debussy and Bizet in Germany. In spring, she will travel to Györ, Hungary, where she will perform Mozart’s Concerto for Two Pianos and a duo recital with her sister, as well as to Schubertiade in Hohenems, Austria, for a project with poetess Ulla Hahn that combines poetry and music. Later in the season, Mari Kodama will perform Schönberg’s Piano Concerto with the SWR Symphonieorchester and Kent Nagano in Stuttgart and Freiburg.

Beethoven’s piano works form a focal point of Mari Kodama’s recording activities, and her interpretations have become standard-setting. She is one of few female pianists to record the composer’s complete sonatas, and her 2014 boxed set release (Pentatone) of these pieces – an 11-year-long project – received critical acclaim. She has also recorded Beethoven concerti Nos. 1-5 and the Triple Concerto with the Deutsches Symphonie-Orchester Berlin under Kent Nagano (Berlin Classics).

In 2018, Pentatone, with whom Mari Kodama shares a long-term collaboration, released her latest recording: Martinu’s Concerto for Two Pianos and Orchestra, together with the Orchestre Philharmonique de Marseille under Lawrence Foster and Momo Kodama. Before that, in 2017 Noches en los jardines de España by Manuel de Falla, recorded with the Orchestra de la Suisse Romande under Kazuki Yamada, and in 2016 Tchaikovsky Ballet Suites for Piano Duo with Momo Kodama were added to Mari Kodama’s expansive discography (both with Pentatone). Mari Kodama’s other recordings include concertos by Chopin and Loewe with the Russian National Orchestra (Pentatone) and Prokofiev concertos Nos. 1 and 3 and Sonata No. 7 with the Philharmonia Orchestra of London (ASV).

Through her performing activities, Mari Kodama has brought infrequently heard gems of the piano repertoire to global audiences. She has performed Stenhammer’s Piano Concerto No. 2 in Gothenberg and in New York and has also collaborated with Viviane Hagner on Alban Berg’s Chamber Concerto for Piano and Violin, which they performed with both the Jyväskylä Sinfonia and the DSO. Additionally, in 2013 Mari Kodama premiered Jean-Pascal Beinthus’ Double Piano Concerto together with Momo Kodama and the Orchestre Philharmonique de Monte Carlo. Mari Kodama also performed in the Canada premieres of Jörg Widmann’s Valse Bavaroise and Humoresken, both at the Canadian Orford Festival in summer 2010.

Alongside contemporary works, period instrument performances have formed part of Mari Kodama’s musical career. She has presented concerts of Beethoven sonatas as part of old instrument series at both the Philharmonia Baroque Orchestra in San Francisco and the Beethoven Festival in Bonn. Mari Kodama’s recital appearances have taken her throughout Europe, including to Germany, the Netherlands, Spain, Austria, and France, as well as to Japan, Mexico, Canada and much of the United States. She often performs with her sister Momo Kodama, her daughter Karin Kei Nagano, and her husband Kent Nagano.

In addition to festival performances, Mari Kodama plays an active role as a music festival artistic director. She co-founded the Forest Hill Musical Days festival, a cooperative chamber music festival in San Francisco, with her husband Kent Nagano, and she has also led the chamber music series at the Orford Music Festival. In 2018 she assumed artistic directorship at the festival Tra Luce e Sogno in Postignano, Italy, for which she won artists such as Christian Gerhaher, Matt Haimowitz or Gerold Huber.

The 2017/2018 season saw Mari Kodama achieve critical praise for her worldwide performances. Highlights included Mozart’s Concerto for Two Pianos, together with her sister Momo Kodama and the Düsseldorfer Symphoniker under Michiyoshi Inoue, Beethoven’s Piano Concerto No. 5 with the Nagoya Philharmonic Orchestra, once more under Michiyoshi Inoue, Carl Loewe’s Piano Concert No. 2 with the Szczecin Philharmonic Symphony Orchestra in Poland under David Coleman, two concerts by invitation from Vadim Repin at the Trans-Siberian Art Festival, a duo recital with her sister Momo Kodama in Amsterdam’s Muziekgebouw, where they premiered a work by young French composer Rodolphe Bruneau-Boulmier and the completion of her cycle of all Beethoven Sonatas in Japan, which started in summer 2016, playing the last three sonatas in Osaka, Nagoya and Tokyo. The format had been exceptionally well-received by audiences in both Japan and the United States.

Next to her concert performances in 2017/2018, Mari Kodama judged the invitation-only participants competing in the Orchestre de Chambre de Paris’ Play-Direct Academy’s final round of performing and conducting. She also served on the jury of the Busoni International Piano Competition, where she was the jury’s president, and was a jury member of the last Van Cliburn competition.

Mari Kodama was born in Osaka and raised in Germany and Paris. At the Conservatoire National in Paris, she studied piano with Germaine Mounier and chamber music with Genevieve Joy-Dutilleux. She has also worked with Tatiana Nikolaeva and Alfred Brendel. Mari Kodama was appointed as a Steinway Artist. 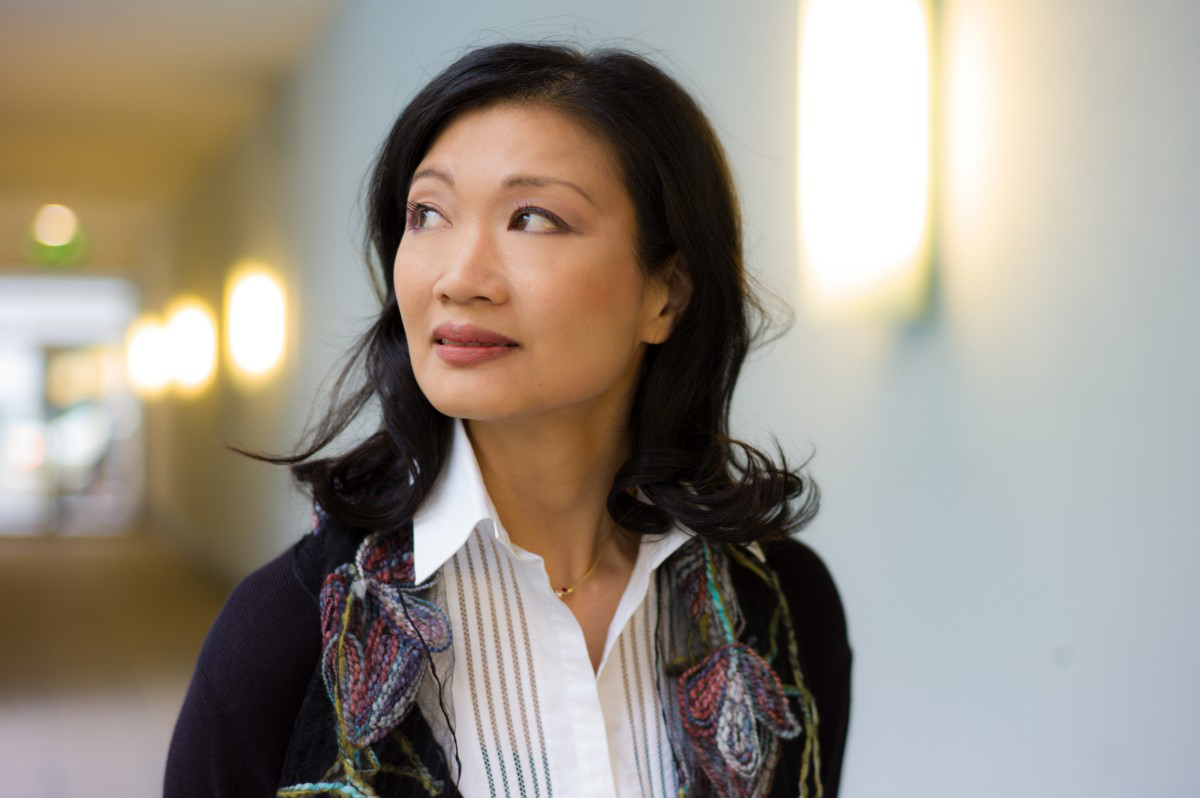