The flautist Patrick Gallois is internationally recognized as a soloist and conductor. He studied in Paris with Jean-Pierre Rampal and, at the age of 21, became first flautist of the Orchestre National de France under Lorin Maazel. After seven years as an orchestra musician, he shifted to a solo career and played with world-famous conductors. As a chamber musician, he gave concerts with internationally recognized partners and ensembles. He founded and headed the Ensemble l’Académie de Paris and was guest conductor of various orchestras in Asia, Europe, and the United States. From 2003 to 2012, he conducted the symphony orchestra of the Finnish city Jyväskylä, the Sinfonia Finlandia Jyväskylä, with guest performances in several European countries and Japan. His broad repertoire comprises English, French and Russian literature of the 19th and 20th centuries. There are countless recordings of him as a soloist and under his direction. 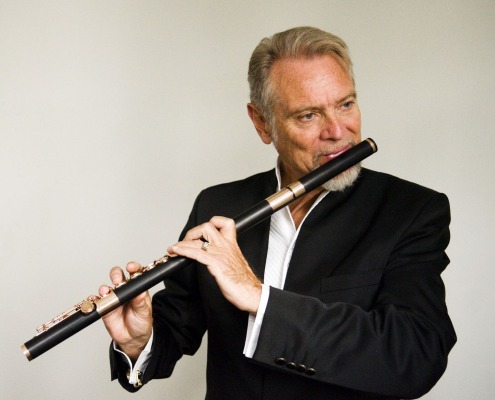