The Talich Quartet was founded in 1964 by Jan Talich Sr. during his studies at the Prague Conservatory in honor of his uncle Vaclav Talich, the conductor of the Czechoslovakian Philharmonic Orchestra from 1919 to 1939. For more than 50 years, it has represented Czech music, in particular, all over the world. After several shifts in membership, the Talich Quartet now consists of Jan Talich Jr. and Roman Patočka on violin, the violist Radim Sedmidubský, and the cellist Michal Kaňka.

The Talich Quartet is regularly invited to international festivals and plays in the most important concert halls, including Carnegie Hall in New York, the Théâtre des Champs-Elysées and the Salle Gaveau in Paris, London’s Wigmore Hall, and the Concertgebouw in Amsterdam.

The Quartet has recorded numerous CDs with works by Mendelssohn, Dvořák, Smetana, Schubert, Janáček, and many other composers; some of these recordings have won awards from Gramophone magazine and the BBC Music Magazine. 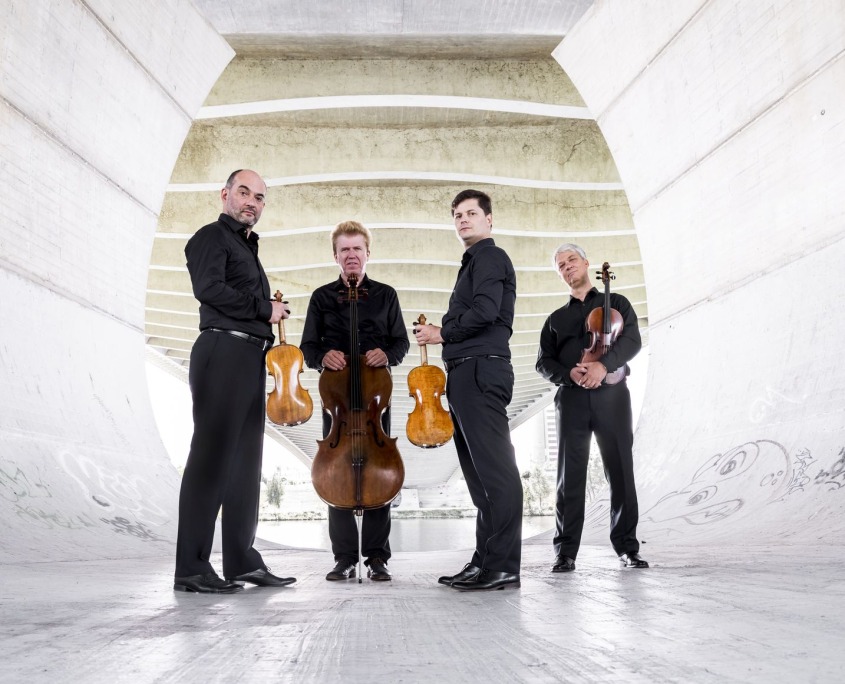