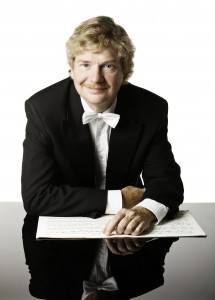 Juhani Lagerspetz is a Finnish pianist trained at the Turku Conservatory in his home town, at the Sibelius Academy and the Leningrad Conservatoire. Juhani Lagerspetz made his debut with orchestra when he was just 13, when he played as soloist with the Finnish Radio Symphony Orchestra in Shostakovich’s Second Piano Concerto. In 1982 he won a special prize in the Tchaikovsky Competition in Moscow. He also was prized by the Alfred Kordelin Foundation in 1994.

In addition to playing dozens of piano concerts, Lagerspetz has performed in ambitious series of concerts, including almost the entire output for piano by Brahms and, most recently, the solo piano works of Ravel.
Lagerspetz has made numerous recordings for radio and international record companies. Best known are his recordings for Ondine, including Mikko Heiniö and Jukka Tiensuu’s, respectively, „Hermes” and „Mind” Piano Concertos. He has also recorded Maurice Ravel’s solo piano works for YLE and served as an accompanist to Truls Mørk at a recording of Johannes Brahm’s Cello Sonatas for Simax Classics. Juhani Lagerspetz is also a professor of piano at the Sibelius Academy.