Jean-Louis Capezzali was born in Saint-Étienne, France. He first learned to play the piano, but then, at the age of 14, discovered the oboe as his instrument. He studied at the Schola Cantorum in Paris and at the Music University in Versailles, where he qualified as an oboe instructor. When he was 20, he became a solo oboist of the Concerts Lamoureux und, at 25, the first solo oboist of the Orchestre Philharmonique de Radio France. He won the International Competitions of 1982 in Geneva and of 1986 in Prague. After teaching at the Conservatorium in Geneva, he instructed at the Conservatoire National Supérieur de Musique et de Danse in Lyon, where he is also head of the wind instruments. He is also a professor at the Conservatorium in Lausanne. He offers master classes, including at the Pablo Casals Festival in Prades. As a soloist, he has played with famous orchestras in Europe, Asia, and the United States, where he represents the French Wind School. 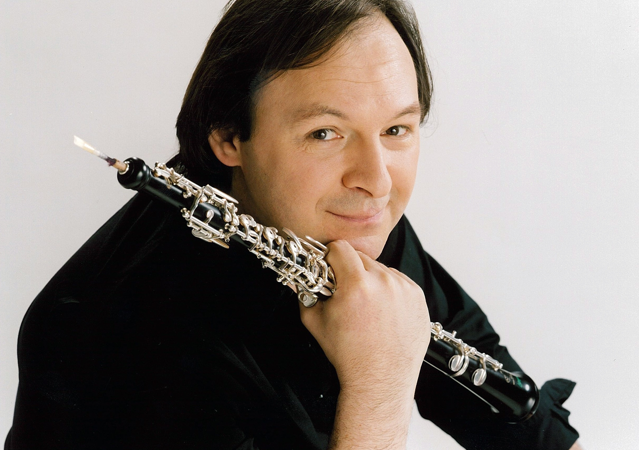