Cellist Jens Peter Maintz, who was born in Hamburg, studied with David Geringas. In 1994, he won First Prize at the ARD Competition in Munich. Shortly thereafter, he was engaged as a solo cellist with the German Symphony Orchestra Berlin, of which he has been a member since 2004. Since then, he has taught as a professor at the Berlin University of Arts and, since 2018, also at the Escuela Superior de Musica Reina Sofia in Madrid. Since 2006, he has performed as solo cellist in the Lucerne Festival Orchestra founded by Claudio Abbado.

As a soloist, Jens Peter Maintz has performed with renowned conductors and interpreted many works by contemporary composers. He was a member of the Trio Fontenay for many years and played chamber music with renowned quartets and musicians. He and Wolfgang Emanuel Schmidt are the cello duo “Cello Duello”, which has given concerts at the world’s most important cello festivals. Jens Peter Maintz was awarded the ECHO Classic Prize for his Sony Classical CD with solo pieces by Bach, Dutilleux, and Kodaly. He plays a cello built by Giovanni Grancino in 1697, the “Ex-Servais”. 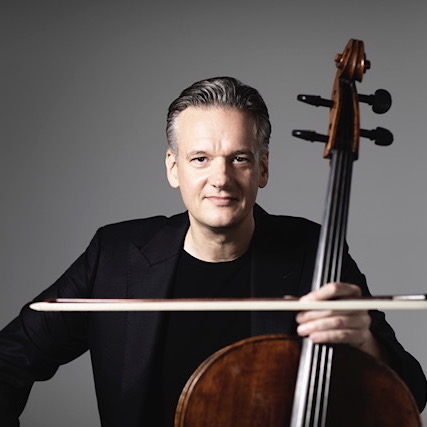