Nobuko Imai studied at the Toho Music University in Tokyo and at Yale University and the Juilliard School of Music in the United States. She was successful in the two most important competitions for viola, the ARD Competition in Munich and the International Viola Competition in Geneva. She taught for twenty years at the University for Music Detmold, then at the Amsterdam Conservatorium, later in Geneva and Sion, and since 2007 in Kronberg. Imai is Artistic Consultant of the Casals Hall in Tokyo.

Imai was a member of the Vermeer Quartet before founding the Michelangelo Quartet. She worked in chamber music projects with soloists like Martha Argerich, Midori, Murray Perahia, Gidon Kremer, Yo-Yo Ma, Itzhak Perlman, András Schiff, and Isaac Stern and gave concerts with the Berlin Philharmonic Orchestra, the Vienna Philharmonic Orchestra, the Concertgebouw Orchester Amsterdam, and the London, Boston, Chicago, and NHK Symphony Orchestras.

In 1996, she received Japan’s most prestigious cultural award, the Suntory Hall Arts Prize. 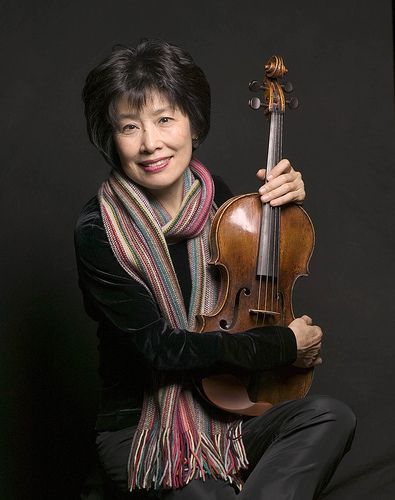