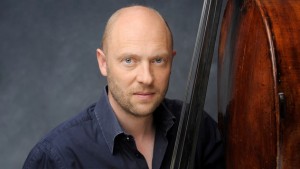 Michael Rieber was born in Tübingen in 1967. He is considered to be one of the most renowned figures on the world-wide double bass scene. He studied at the Musikhochschule Stuttgart and won the First Prize at the German national competition „Jugend musiziert“ in 1988. Only a short time later, at the age of 22, he became a member of the Stuttgart Radio Symphony Orchestra. He left in 1997 to join as the first principal double bassist the Orchestra of the Bavarian State Opera in Munich and he is now sitting principal double bassist for the NDR Symphony Orchestra Hamburg. He was also appointed professor of double bass at the University of Music and Theater Hamburg in 2007.

In addition to his orchestral duties Michael Rieber is also devoted to chamber music and the promulgation of the repertoire for double bass. He performs regularly not only with several orchestras, but also in a duo with the pianist Götz Schumacher and with the harpist Marina Paccagnella.

His extensive concert repertoire includes both original literature as well as numerous, largely self-written transcriptions from the Baroque period to the works of contemporary composers, which is documented by several CD recordings.

Michael Rieber plays a double bass of the Italian luthier Pietro Pallotta from 1819.