Jeonghwan Kim, born in Seoul in 2000, has been studying with Prof. Konrad Maria Engel at the Hans Eisler Music Academy since 2017.

He received his first piano instruction at the age of six and won numerous First Prizes at competitions on the national level. Since 2011, he has been living in Berlin, where he has received instruction from Thomas Just since 2016 and has taken part in master courses. Already while attending Berlin’s Carl Philipp Emanuel Bach Gymnasium (college-track high school), he had many opportunities to perform and won prizes at international competitions for young pianists, for example Third Prize at the International Franz Liszt Piano Competition for Young Pianists – Weimar. In 2022, he won First Prize at the Felix Mendelssohn-Bartholdy University Competition. As the youngest competitor, he displayed surprising aplomb in an impressive performance of Mendelssohn’s 1st Piano Concert in the rarified finale. Jeonghwan Kim is a versatile pianist, loves Modernism, and also composes, which shapes his interpretations. 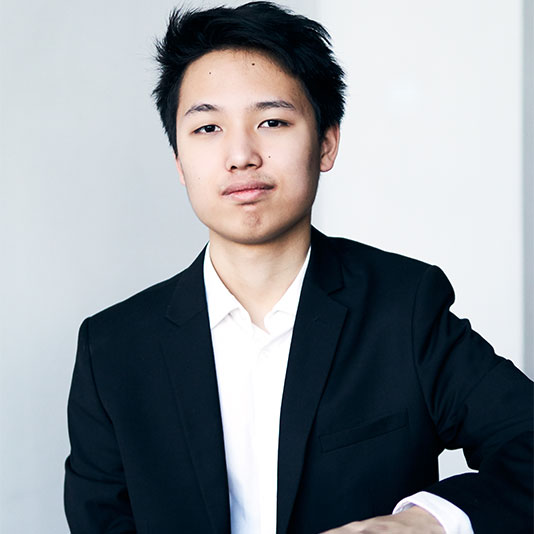