Diemut Poppen is one of the most outstanding violists of her generation. Born into a well-known musical family in Germany she started playing the violin at the age of seven, giving her first concerts as a soloist at the age of nine. She learned several instruments of which the viola became her favorite.

Diemut Poppen studied in Düsseldorf, Aachen, Cologne, Berlin, Bloomington (USA) and Paris. Amongst her teachers were the finest violists of our time: Y.Bashmet, K.Kashkashian, B.Giuranna, H.Schlichtig, P.Schidlof from the Amadeus-Quartet.

Nowadays, Diemut Poppen is one of the most sought after violists, playing concerts worldwide. As a soloist and chamber musician she has appeared in the most important music centres around the world. In London she appeared as a soloist at the Barbican Centre, the Queen Elisabeth Hall and she gave chamber concerts, amongst others, at the Wigmore Hall. Well-known musicians have invited Diemut Poppen to participate in their festivals – amongst others – C.Abbado, A.Schiff, G.Kremer, T.Mork, L.Kavakos, N.Gutman, A.Chaushian.

Diemut Poppen performed as a soloist under the baton of conductors such as Heinz Holliger, Frans Brüggen and Claudio Abbado (Carnegie Hall, New York). She has been awarded the European Music Prize. She is currently Professor for Viola and Chamber Music in Detmold, in Madrid, at the Escuela de Musica Reina Sofia and at Hemu Lausanne. She was Artistic Director of several chamber music festivals, currently of Cantabile Festival Lisboa and Rigi Musiktage/Switzerland.

Diemut Poppen was co-principal in Lucerne Festival Orchestra under the direction of Claudio Abbado and principal viola and a founding member of The Chamber Orchestra of Europe.

Poppen’s repertory is exceptionally wide. It spans from the classical viola concertos to all combinations of chamber music as well as contemporary music. Several composers have written new pieces for her, solo as well as concertos, sonatas and chamber music. Diemut Poppen has recorded for Deutsche Grammophon, Capriccio, Live classics, EMI, Tudor, Ondine, amongst others. This season includes concerts in Germany,Austria, Switzerland, Netherlands, Portugal, Spain, Italy, France, Israel, Russia, Armenia, the UK and USA. 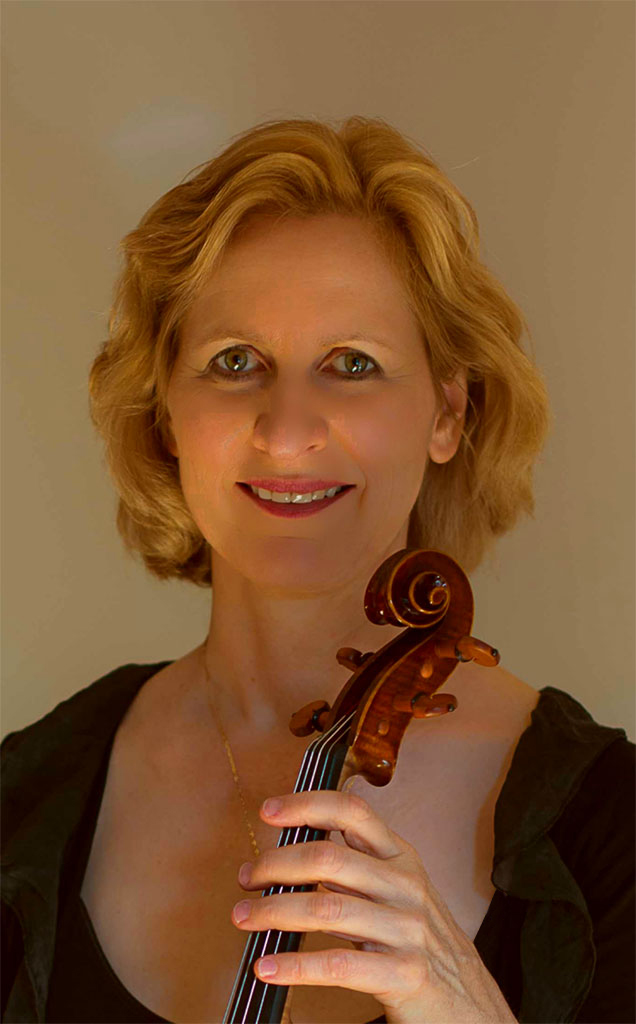