The pianists, Ariane Haering and Ardita Statovci, have founded a special kind of a piano duo. Since their first performance together in the summer of 2015 in Mattsee, the duo has now completed a successful concert tour, has received high praise for the concert live broadcast by ORF1/Ö1, was named a “piano duo of a superior class” and besides the glowing international press reviews they received also a work composed especially for them by the well-known composer from Luxemburg, Alexander Müllenbach. This dedicated piece had a successful premiere performance at the 40. Jubilee of the “Aspekte Festival” in Salzburg, 2016.

Since then the duo has performed, among others, in Musikverein in Vienna, Theater in Kempten (Allgäu), at the Societe de Musiqe de La Chaux-de-Fonds (CH), the Tiroler Festspiele, Kitzbühler Summer, Musik Days Mondsee and Jardins Musicaux (CH).

ariadita’s repertoire encompasses music well beyond the standard literature of the great classics, such as the important, but rarely played in piano for four hands, Ludwig van Beethoven’s 7th Symphony. The duo has caused great sensations with one of the most demanding works of the duo literature of the XXth century, the grandiose “Le Sacre du Printemps” of Igor Stravinsky.

In the next season ariadita will perform in several festivals in Austria and abroad, among others Diabelli Summer in Mattsee/Austria, Chopin Festival in Prishtina/Kosovo, concerts in France, Germany and Switzerland. 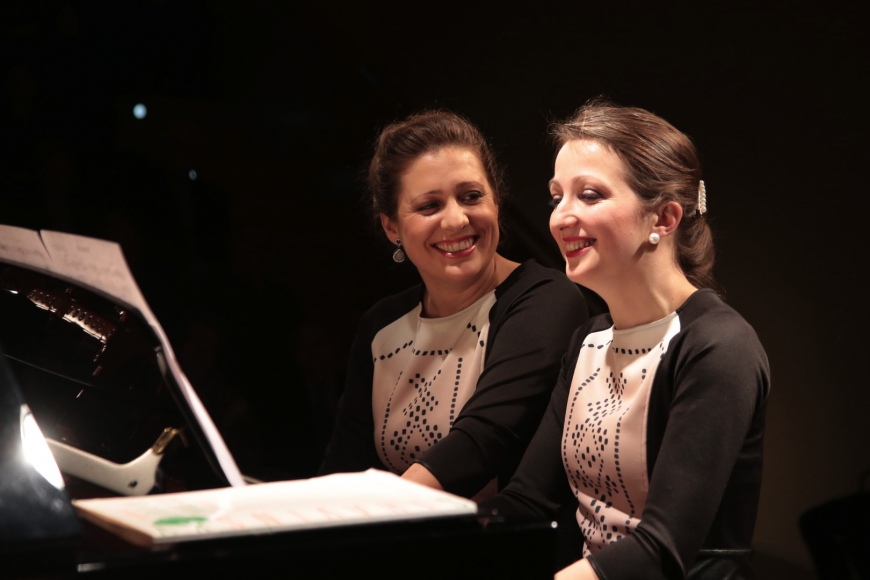