You are here: Home1 / Alexander Bachl

Alexander Bachl, of Augsburg, received his first clarinet lessons from Herbert Hohaus at the age of 12. After finishing high school and his junior studies at Munich’s Richard Strauss Conservatory, he began his study of the clarinet with Ralph Manno at the Cologne Music University, completing it with distinction. He was the first prizewinner at the federal competition Jugend musiziert and at the Cologne University Competition. Since 1977, he has been a solo clarinetist at the State Philharmonic Orchestra Hamburg and much in demand as a solo clarinetist at many orchestras, including the Berlin Philharmonic, the Symphony Orchestra of the Bavarian Broadcasting Company, the WDR Broadcasting Company Symphony Orchestra, the NDR Symphony Orchestra, and the Munich Philharmonics. He is a founding member of the ensemble Sampolo, with which he has given numerous concerts in Germany and abroad and recorded several CDs. Since 2004, he has been Professor for Clarinet at the University for Music and Theater Hamburg. 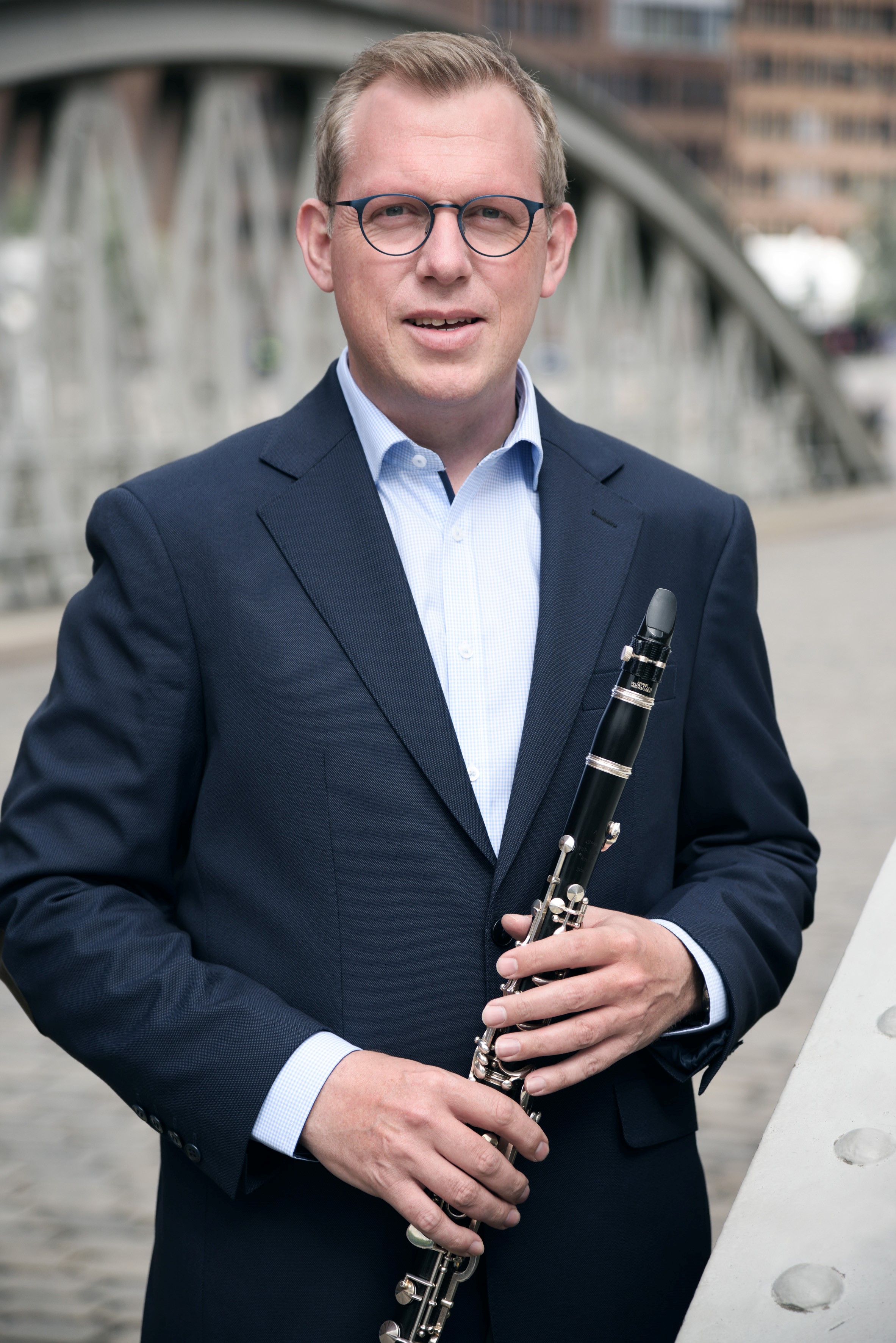